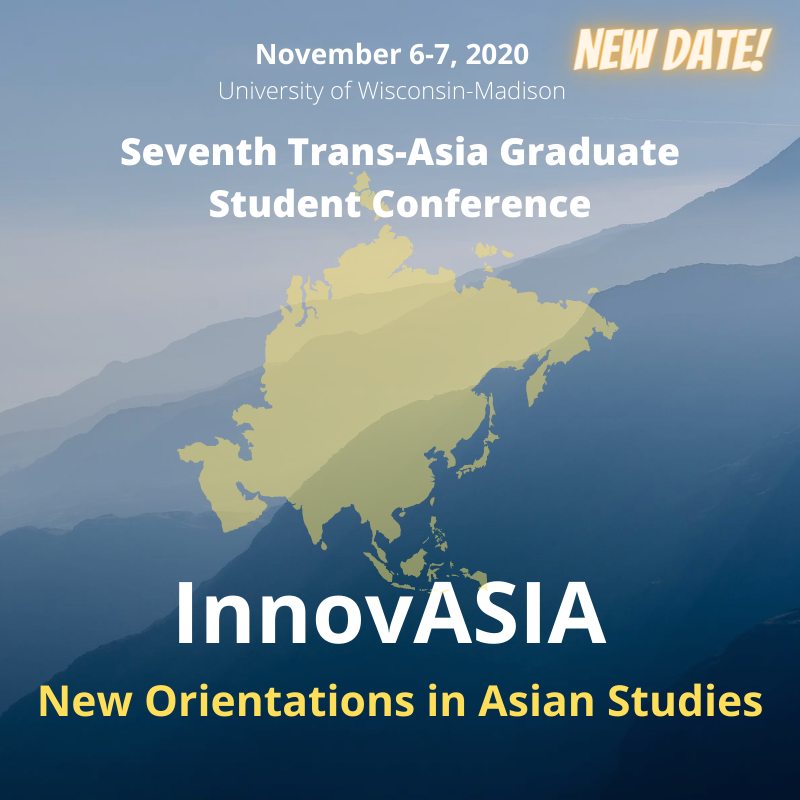 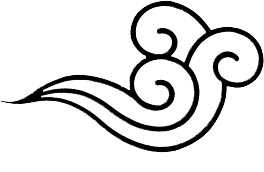 The Trans-Asia Graduate Student Association is pleased to announce the Seventh Annual Trans-Asia Graduate Student Conference at the University of Wisconsin-Madison, encompassing Asia-related research across a wide range of fields. Participants will have a valuable opportunity to share work with and receive feedback from peers and senior researchers as well as to gain insight into recent developments in Asia-related research across various disciplines. This year’s conference aims to provide broader insight into Asian studies by focusing on innovations in methodology as well as the studies of innovations in Asia. The theme encompasses the concept of “innovation” in the broadest sense, be it about bringing new perspectives to existing topics of study, introducing new subjects, or studying historical innovations in Asia, material or immaterial, global or local. Taking the participants’ specific fields of study as a starting point, we want to look for various innovative perspectives and inspiration on Asian studies. Potential fields may include, but are not limited to: literature, linguistics, history, art history, geography, philosophy, economics, anthropology, sociology, education and any other related humanities and social science fields.

If you would like to attend the virtual Seventh Annual Trans-Asia Graduate Student Conference as an audience member, please register by November 1: Registration Form. After the registration deadline we will send you links to the conference events to the email you provide to us.

Conference participants (presenters, speakers etc.) do not need to register.

For a preview of the conference overview and a detailed conference schedule scroll down towards the bottom of this website.

Members of TAGSA responsible for organizing the 2020 conference:

“The Road to Creativity and Autonomy of the Cultural Workers: Quality and Solidarity in the Work of the Self-Employed in China” – Lisa Ruoxi Liu, University of Cambridge

“Destabilizing and Reimagining the Nature—Deconstruction and Reconstruction of Landscape in Yao Lu’s Picture of Rental Ads“ – Luwei Wang, University of Wisconsin-Madison

“‘Revisiting This Game of War and Strategy’: History, Ambivalence, Dominoes and Chessboards in Thi Bui’s The Best We Could Do” – Andrew  Thomas, University of Wisconsin-Madison

“In Search of the True Story of Võ Thị Sáu, Guerrilla Goddess of Côn Đảo” – Royce Novak, University of Wisconsin-Madison

“The Virtues of Modularity: Transmutations of the Lienü zhuan in Early Modern Japan” 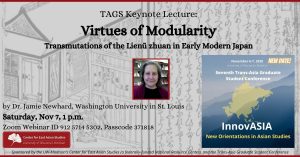 Abstract: Lienü zhuan, the classic Han dynasty collection of biographies of exemplary women, was published in Japan in 1653, and translated into Japanese two years later. Over the next several decades, Lienü zhuan inspired a variety of new publications featuring biographical sketches of Japanese women, which came to constitute a noteworthy sub-genre within an expanding corpus of didactic texts for female readers. Individual books in this category vary considerably in the sources (or inventions) upon which they rely for information about famous women, and in the way they select and re-combine stories from earlier compilations. Although some sought to inculcate Confucian virtues analogous to those found in Lienü zhuan, over time their scope and aims expanded in ways that spoke to local tastes and values. This paper examines the strategies by which early modern books for women reshape and redeploy biographical sketches to create new ideals, in the broader context of early modern commercial publishing.

“From Yongming Style to Shen-Song Style: The Inheritance and Development of Tonal Prosody from a Statistical Perspective” – Yanwen Wu, University of Wisconsin-Madison

“A Preliminary Study on Testing the Hierarchy of Chinese Adverb Class in Topicalization” – Jun Wang, University of Wisconsin-Madison

“Poetry That Can Be Smelled: Qian Qianyi’s (1582–1664) Employment of Senses in His Poems and Poetics” – Wenting Ji, University of Wisconsin-Madison

“Philanthropy in Health: Rockefeller Foundation and the Creation of Modern Public Health in China and India” – Tiasangla Longkumer, Harvard-Yenching Institute

Conference registration is free.  Questions about the conference should be directed to: tagsconference@rso.wisc.edu

For more information about the 2019 TAGS Conference, see https://alc.wisc.edu/graduate-programs/trans-asia-graduate-student-conference-tags/2019-tags/