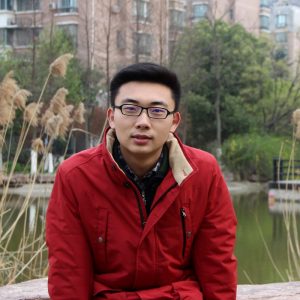 Academic Biography:
My longstanding research interests in Language Studies have driven my academic endeavors in a number of different but interrelated linguistic concentrations: theoretical linguistics (esp. pragmatics), discourse analysis (esp. TV dialogue, forensic speech, and song lyrics), sociolinguistics (esp. the use of terms of address and language attitudes), and applied linguistics (esp. second language acquisition/pedagogy). Prior to coming to UW Madison, I earned two M.A. degrees in China and the U.S. respectively. During my graduate studies in China, I was particularly interested in researching both linguistic features (prosody/rhyme, syntax, stylistics, and rhetoric) and cultural implications (mainly in the sign-text interaction) of the “Chinese-Style/Classical-Style” pop song lyrics which is a special genre of “poetic discourse” in contemporary China. After coming to the U.S., my main interest switches to the pragmatic, discourse, and functional approaches to Mandarin Chinese grammar, especially the discourse-marker usages of those semantically-reduced Mandarin conjunctions. Besides, since I have always been interested in working with specific episodes of conversational interaction in various kinds of discourse contexts, some of my research has also touched upon the interface between classic pragmatic theories (presuppositions, explicatures and implicatures, speech acts, relevance theory, etc.) and the practice of discourse/conversation analysis.