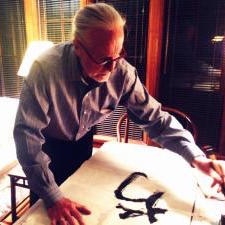 William H. Nienhauser, Jr. is Halls-Bascom Professor of Classical Chinese literature. Having studied in the Far East and Germany, Nienhauser received his Ph.D. from Indiana University in 1973. He has held a number of fellowships (including awards from Woodrow Wilson, ACLS, NEH, Fulbright-Hayes, Japan Foundation, German Research Foundation, and the Alexander von Humboldt Foundation) and taught or held research professorships in China, Germany, Japan and Taiwan. In 2003 he received a lifetime achievement award from the Humboldt Foundation. Nienhauser has authored or edited over a dozen books and nearly one hundred articles and reviews including the Indiana Companion to Traditional Chinese Literature, The Grand Scribe’s Records. Vol. 1, 2, 5.1, 7, 8, 9 and 10 (an on-going translation of Sima Qian’s 司馬遷 Shiji 史記), and a collection of essays in Chinese, Zhuanji yu xiaoshuo (Zhonghua, 2007). Nienhauser is a founding editor of Chinese Literature: Essays, Articles, Reviews (CLEAR; since 1979).

Nienhauser’s current research includes the continued translation of the Shiji as well as projects to annotate and translate the major chuanqi tales and a study of Du Fu’s poetry (joint projects with graduate students). Other interests include the application of modern Western criticism to Chinese literature and New Historicist approaches to early Chinese zhiguai tales. In June 2018 he was made Visiting Professor at Nankai University. 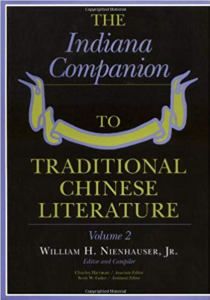 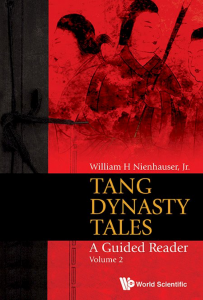 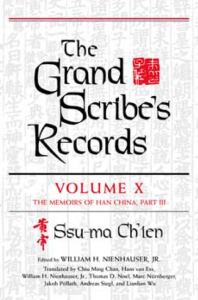 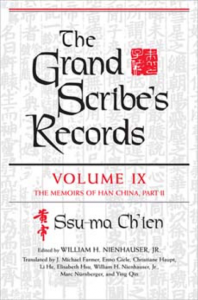 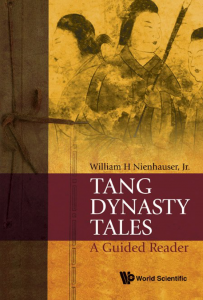 A Walk on the Wild Side: A Study of Ye 野 in the Shiji 史記 and Other Early Texts presented at the European Association of Chinese Studies, St. Petersburg, Russia, 26 August 2016.

A Study of the Various Uses of “Plowing” (Geng耕) in Early Literary Texts, presented at Princeton University, 15 November 2018

“Some Comments on Problems Concerning the Received Text of the Shiji in the 2013/2014 Zhonghua Editions,” presented at the AAS Meeting, Washington, D.C., 31 March 2018

“Sima Qian and His Sources,” presented at my appointment as Distinguished Visiting Professor of Nankai University, 12 June 2018

“The Shiji and The Zhanguoce, Some Preliminary Remarks on Sources,” presented at the European Association of Chinese Studies, Glasgow, Great Britain, 28 August 2018

“A Note on a Textual Problem in the Shih chi and Some Speculations Concerning the Compilation of the Hereditary Houses,” T’oung Pao 89 (2003): 39-58.

“Takigawa Kametarō and His Contributions to the Study of the Shiji,” in Views from Within, Views from Beyond: Approaches to the Shiji as an Early Work of Historiography, Hans van Ess, Olga Lomova and. Dorthee Schaab-Hanke, eds. Wiesbaden: Harrassowitz, 2016, pp. 243-262.

Seminar in Chinese Literature: Shiji and or Du Fu (EASIAN 951)