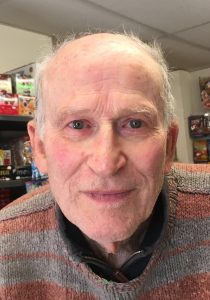 I joined the department in 1968 to teach both modern and classical Japanese literature. Two years later I accepted a joint appointment in Comparative Literature. There I taught the Asian Literature course and advised several graduate students while dividing my time between the two departments.

In the mid-seventies the dean authorized a second position in Japanese literature. The department would hire a classical specialist, and I would deal with modern literature. That meant fiction, the dominant genre for both Japanese and American scholars.

With an MA in English followed by two years of college teaching, I had planned to examine how modern Japanese fiction interacted with Western literature. Fellowship assistance had allowed six further years of graduate work, enough one would imagine to have the subject in hand. That illusion faded as I prepared for my first class at Wisconsin. I could not unravel the lines of influence myself, let alone instruct students about them.

I fell back on an approach to literature already in its death throes. This was the New Criticism, which focused on the interplay of elements within the literary work. While more applicable to poetry, the method also stimulated the close reading which modern Japanese fiction seemed to invite. For undergraduate courses, assigning translations that best preserved this interplay would be crucial.

A decade into teaching I decided to expand the reading list with several translations of my own. Three authors of modern prose came to mind—Akutagawa Ryūnosuke, Dazai Osamu, and Murō Saisei. With his transparent themes and logical plots, Akutagawa had proved to be readily teachable. However, I wanted the students to experience the descriptive vigor of his greatest scenes, a vigor missing in the translations then available. Dazai’s stories, owing to their idiosyncratic twists and turns, seemed resistant to translation. But these stories were more characteristic of the author than his more famous works, especially two novels evoking the chaos in Japan after World War II that had already been translated by Donald Keene. Murō was also a challenge, especially for a surrealistic tale centered on an incense burner.

Had translators overlooked Murō because he was mainly a poet? That would not be surprising, since modern Japanese poetry continued to be generally ignored by Western scholars. My own reading in this area was limited, but I found poets whose work I wished to include in my teaching. Again, translating seemed in order.

My prose writers had all written in colloquial Japanese. To provide an adequate range of modern verse, however, I had to translate from both the classical and the colloquial language. My colloquial poets included Hagiwara Sakutarō, Takamura Kōtarō, Miyoshi Tatsuji and Murano Shirō. Though rejecting traditional forms, Kitahara Hakushū still utilized the classical language and warranted study. I also took a stab at translating the classical tanka of Yosano Akiko. That was mainly for practice. However, I did have the gall to use my Akiko translations in the classroom.

I translated these poets for two reasons—to understand them better myself and to give to my students and other readers a poem-like effect seldom achieved in the few translations then available.

Our record on graduate instruction deserves a word. The MA in Japanese was established in the early seventies and the PhD some years later. At first the PhD was offered only as a committee, not a regular degree. I happen to have liked the committee degree rubric. It required us to seek authorization from the Graduate School even to admit a student to the program—and to propose a course of study for each of them. The procedure was not the least disruptive, however. Having earned the degree, each of our early candidates published a revised dissertation through a major university press.

This record of achievement strengthened our initiative to regularize the PhD in Japanese. A proposal setting forth requirements for the degree made its way through the college, the campus, and the system administration. Final approval came with a unanimous vote by the Board of Regents.

During these years I served on three occasions as department chair. I also chaired the East Asian Studies program and served two terms as President of the Association of Teachers of Japanese. Additional service to the profession included reviews of both graduate and undergraduate programs in other East Asian departments. Delving into such programs always meant rethinking our own.