Credentials: Emeritus Professor of Languages and Cultures of Asia 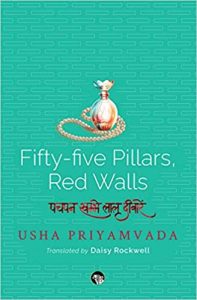 Usha Nilsson joined the University of Wisconsin-Madison in 1964 as an Assistant Professor in the Department of Indian Studies. She taught Hindi at advanced level and courses on Indian Literature in translation. She created several text books for teaching Hindi under the contract from the Department of Education which were widely used all over the country as more and more universities concentrated on the study of South Asia.

She translated religious Hindi poetry of Mirabai and Surdas: two famous medieval poets. These translations were published by Sahitya Akademi in India and retranslated into several Indian languages, like Malayalam, Urdu, Tamil and Punjabi. She also translated modern Hindi shortstories and published the book as a dual language reader for advanced students of Hindi. Her courses not only concentrated on the language teaching but also included widely popular “Modern Indian Cinema: Empowering Women” and “Indian Folklore” with emphasis on women’s folklore and rituals.

Along with many scholarly articles and papers presented at the national conferences, under her pen name Usha Priyamvada she wrote five novels and published six volumes of shortstories. At present she is the leading fiction writing in Hindi with many Master’s and Ph.D. theses on her work.

She was honored by the Education Ministry, Government of India on February, 16, 2009 with the prestigious Padmabhushan Moturi Saayanarayana Award for 2008 for her lifelong service to Hindi, both in India and in the United States.

The titles of her novels are: