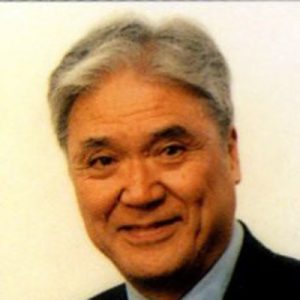 Professor Emeritus Akira Miura died at the age of 92 on October 22, 2019, in Madison, Wisconsin. With his passing, Japanese language education in the U.S. lost one of its pioneers who contributed enormously to shaping the high quality of Japanese language teaching in the U.S. Akira (“Aki”) grew up in Tokyo and graduated from the University of Tokyo in 1949 with a degree in German Literature. In 1950 he received a GARIOA (Government Appropriation for Relief in Occupied Areas) fellowship, predecessor of the Fulbright fellowship, and studied at Rochester University. He was one of the first cohort who came to study in the U.S. after WWII, and his experience during this time is well described in his interesting autobiographical book, Watashi no mita Nihon to Amerika [Japan and America that I saw] (2006).

Between 1951 and 1960, Aki taught English and German in Japan. He then moved to New York City in 1960, and in 1970 he received an EdD in English Language Education from Columbia University. He joined the Department of East Asian Languages and Literature of the University of Wisconsin-Madison in 1970, was promoted to professor in 1984, and retired in 2002. Aki was a visiting scholar/professor at various institutions, including Harvard University, Middlebury College, Australian National University, Columbia University, and the University of British Columbia.

Aki played a vital role in shaping Japanese language pedagogy in the U.S. At the time when grammar/structure-based teaching method was the primary method of teaching Japanese, Aki was a proponent of situation-based, proficiency-based approach. He was so well known in the field that many graduate students specifically came to UW-Madison to study and be trained by him. Many of these graduates are now teaching at major universities in the U.S. and Japan, and his presence greatly contributed to making UW-Madison’s Japanese program one of the best in the country. Aki wrote extensively in the area of Japanese language pedagogy. He coauthored three Japanese language textbooks: An Integrated Approach to Intermediate Japanese (1994), Cultural Episodes for Speed Reading (1997), and People who Played Important Roles in Japan’s Modernization (2001). These textbooks became standard in many Japanese language courses world-wide.

Aki’s research involved delineating linguistic and cultural differences as reflected in the meanings and usages of words. He had a keen and sensitive understanding of both Japanese and English, and his insight is reflected in his writings, such as Japanese Words and Their Uses (1983), Japanese Words & Their Uses II (2001), “English” in Japanese (1985), and Jama ni naru Katakana Eigo [Troublesome katakana English] (1990).

From 1987 to the time of his retirement, Aki served as President of the Madison Japan Association, and under his leadership the Association was actively engaged in serving the needs of the Japanese community in Madison. He was honored by the Consul General of Japan in Chicago and received an award in 1992 for “Outstanding Achievement as a Pioneer of Japanese Language and Cultural Education in Wisconsin.” In 2005 Aki was honored by the Japanese Government for a life-time of promoting friendship and cultural exchange between the United States and Japan, and he received one of the most prestigious decorations, the Order of the Sacred Treasure, Gold Rays with Rosette.

Aki loved playing tennis and watching Badger basketball. He was also an avid scrabble player. He will also be remembered for his gentle smile and witty word plays. He is survived by his two children, Asa and Hana, daughter-in-law Jill, and two grandchildren, Kin and Risa.