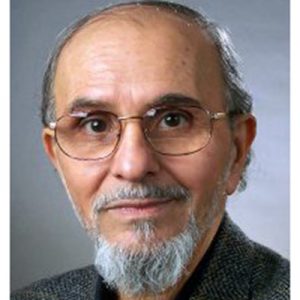 Muhammad Umar Memon, a UW–Madison professor who was an internationally renowned scholar of the Urdu language and literature, died June 3, 2018. He was 79. Memon’s lifelong work was to raise the awareness of Urdu in the West through his scholarship and teaching, and by editing an influential Urdu journal.

Born to a prominent family in Aligarh, India, near Delhi, and educated at Pakistan’s Karachi University, Memon attended Harvard University on a Fulbright scholarship and received a Ph.D. from the University of California-Los Angeles in 1971. He met his wife, Nakako, in the United States and came to UW–Madison in 1970 to take a joint appointment as Assistant Professor in the Department of Hebrew and Semitic Studies and the then-Department of Indian Studies. Throughout his 38 years at the university, he taught courses on Urdu language, literature, Islam, and Arabic Studies. In addition, he was an accomplished translator, poet and Urdu short story author.

Following his retirement in 2008, Professor Memon continued writing, translating and publishing.  Emeritus professor Joe Elder worked alongside Professor Memon in the Department of South Asian Studies (then named Languages and Cultures of Asia) for decades.  The Annual of Urdu Studies began at the University of Chicago in 1980, and in 1993, Professor Memon assumed the editorship, and brought the publication to UW–Madison.