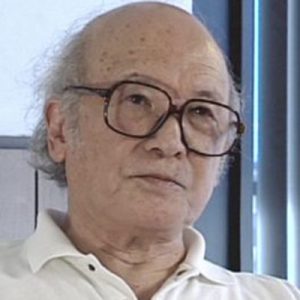 Professor Emeritus Minoru (Min) Kiyota died at the age of 89 on August 27, 2013 in Madison, Wisconsin. His passing signified the end of a long and distinguished career in research, teaching and service to the University of Wisconsin-Madison which began in 1962 and spanned a period of more than three decades.

While merely a high-school student, he was interned as an American-born but Japan-educated offspring of Japanese parents (kibei) in relocation centers in Tanforan, Topaz, and Tule Lake in 1942 during World War II. In his autobiographical account, Beyond Loyalty: The Story of a Kibei (1997), and in a chapter in his edited volume, The Case of Japanese Americans During World War II: Suppression of Civil Liberty (2004), he described his experiences during this difficult period of his life.

After his release from Tule Lake Segregation Center in 1946, he accepted a scholarship to the College of the Ozarks in Arkansas and later transferred to the University of California at Berkeley, where he received his B.A. in East Asian Languages and History in 1949. Min attended the San Francisco Theological Seminary from 1949 to 1950 and worked as a civilian employee of the U.S. Air Force Intelligence Service in Japan and Korea from 1950 to 1953 during the Korean War. He continued to stay in East Asia, attending Tokyo University in Tokyo, Japan from 1953 to 1962, where received his M.A. in 1958 and completed his Ph.D. in Buddhist Studies in 1963.

Min’s research interests were wide-ranging but his main area of teaching and scholarship was Mahāyāna Buddhism in East Asia. He emphasized textual research, requiring rigorous training in Sanskrit, Chinese and Japanese. In 1989 Min also started teaching Kendō (a Japanese martial art, which descended from traditional swordsmanship) as a Senior Lecturer in the Department of Kinesiology. His “Kendo: An Integration of Martial and Liberal Arts,” cross-listed with the Department of East Asian Languages and Literature and the Department of Languages and Cultures of Asia, was the first and only course of its kind taught in a university setting in the USA. Min used his Kendō class to teach Zen Buddhism as the philosophical foundation of Kendō. He stressed the importance of Kendō as a way to overcome fear, to develop one-pointed concentration (for better study habits), to grow personally, and to understand different cultural perspectives on life.

During the course of his employment at UW-Madison Min published twelve books, numerous articles and book chapters and supervised thirty-two Ph.D. students, a great number of whom found positions at colleges and major universities in the United States, Japan, Korea, Taiwan and Vietnam.

Among his books on Buddhism, Shingon Buddhism: Theory and Practice (1978) is a pioneering study of esoteric Buddhism in Japan and remains an important reference work on the subject. Min is best known for his edited volume Mahāyāna Buddhist Meditation, published in 1978 and reprinted in 1991.

Min also published on Kendō, most importantly his comprehensive work Kendo: Its Philosophy, History and Means to Personal Growth (1995), republished as The Shambhala Guide to Kendo (2002).

Min represented a generation which had witnessed the tragedy of the Pacific War. That tragedy prompted him to study and teach Buddhism in order to bring about an understanding of Asian culture among American students and to preserve peace in the Pacific. Thus he organized three U.S.-Japan Conferences, which focused on Buddhism or Martial Arts, in 1985, 1989 and 1996.

Min chaired the Buddhist Studies Program for many years and contributed considerably to enhancing its success and visibility both nationally and internationally. His “Introduction to Buddhism” course and his Kendō classes drew large enrollments. In 1990 Min received the felicitation volume titled Buddha Nature: A Festschrift in Honor of Minoru Kiyota in recognition of his work.

Min retired as a Professor Emeritus in 1999 but continued to teach Kendō, first as a Senior Lecturer in the Department of Kinesiology of the University of Wisconsin-Madison and as Professor Emeritus from 2006 to 2008. During this time he also served as a faculty adviser to UW’s Kendō Club.

Min is survived by his wife, Noriko, their two daughters Noreen and Eileen, and three grandchildren, Karina, Larisa and Randy.