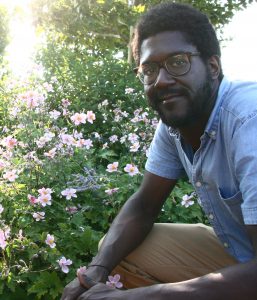 Jamal Jones received his BA (Religious Studies, 2008) and PhD (South Asian Languages and Civilizations, 2018) from the University of Chicago. His focuses on classical Sanskrit and Telugu literature to illuminate the broader history of religion and culture in premodern south India. He’s currently at work on two main projects. The first is a book tentatively titled Powers Beyond Words: Ritual, Astrology, and the Politics of Poetry in South India. The second project is The Nine Masters, an English translation of the Navanāthacaritramu, a fifteenth-century Telugu long poem that offers an account of the origins of the Naths, a tradition of yogi ascetics and wonder-workers.