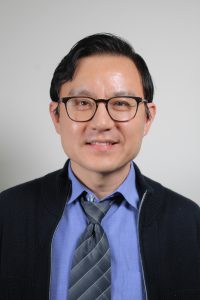 Byung-Jin Lim investigates the decoding process of speech chains whereby a continuous speech stream in a language is broken into meaningful units such that the information carried in the units is relayed to listeners, and thus the intention of the speaker is accurately interpreted by the listeners. In his first book Perceiving Syllables and Contrasts: Second Language Learning Perspectives (Korea University Press, 2015), Lim examines whether a certain decoding strategy observed in a language is retained when a speaker of a particular language uses a typologically different language. He proposes an organic language acquisition model for bilinguals, which shows that bilinguals share the phonetic categories of native (L1) and target (L2) languages, and the different stages of acquisition of the L2 indicate differing degrees of language dominance by one of the languages. His model also suggests that, as the L2 language acquisition process is dynamic and ongoing, it may continue for a life-time, and thus successful bilinguals sound like native speakers of an L2, but they may still have detectable foreign accents to the ears of monolinguals of the language.

Inspired by new approaches to using technology for foreign language learning and teaching, Lim also began a research project entitled “Videoconferencing for the Korean Language Program at UW-Madison” which aimed at developing intercultural communicative competence and linguistic competence by providing learners of Korean with the target language and culture through Internet-based videoconferencing.  Lim’s research publications (2011, 2015, 2016) resulting from the videoconferencing project show that language learners can benefit from authentic experiences that promote linguistic skills and intercultural learning through telecollaborative activities using videoconferencing with native speakers of the target language.

One of the areas in Korean language education that needs immediate attention is the development of Korean language instructional materials that are suited for the U.S. academic context. With U.S. students’ needs in mind, Lim launched a Korean language textbook development project titled ‘My Korean’ with his teaching assistants. The project is contracted with Routledge for publication, and he recently submitted the final manuscript of My Korean: Step 1, and is working on the manuscript of My Korean: Step 2.

In his teaching at UW-Madison Lim always works to make a difference in the lives of his students. As an educator, he strongly believes in his mission to provide healthy, creative and supportive environments to a diverse student population so that they can learn, grow, and explore their dreams without any limitations.  Lim has taught and coordinated all of the Korean language courses (Elementary Korean I & II, Third, Fourth, Fifth, Sixth, Seventh and Eighth Semester Korean) at UW-Madison. His Korean language classroom is student-centered because it reflects the diverse backgrounds and needs of his students. He works to validate his students’ unique experiences and their backgrounds through their Korean language learning. 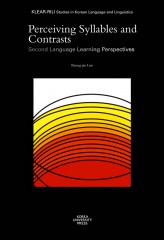 My Korean: Step 1 & 2 with Jieun Kim & Ji-Hye Kim (under advance contract with Routledge)

(2018). How do we educate and train Korean language teachers for the Global Era? invited talk at Kyung Hee University (Seoul, May 14, 2018)

(2017). What makes a great teacher of Korean great?: Suggestions for effective (re)-training for teachers of Korean in the U.S. context, invited talk at the teacher training workshop for the Milwaukee Korean Language Schools

(2013). Effects of Native Language and Speech Rate on Perceptual and Decisional Processing of Voicing and Syllable Affiliations. A paper presented at the 166th Meeting of the Acoustical Society of America (San Francisco, CA, December 2~6, 2013)

(2015). Videoconferencing for Korean language education:  Synchronous online interactions between learners of Korean and English beyond the classroom, Journal of Korean Language Education 26: 1-28.

(2005).  Cross-language perception of syllable affiliation: effects of voicing and language background, In Proceedings of the Berkeley Linguistic Society, 157-168, University of California, Berkeley, CA.

(2003). Effects of stress, final segments, and vowel quality on syllable counts. The Proceedings of the 15th International Congress of Phonetic Sciences, 1501-1504. Barcelona, Spain.

(2003). Perceptual acquisitions of non-native structure by native listeners of Japanese. The Proceedings of the 15th International Congress of Phonetic Sciences, 1565-1568. Barcelona, Spain.

(2003). The phonetics of resyllabification in English and Arabic speech. The Proceedings of the 15th International Congress of Phonetic Sciences, 2621-2624. Barcelona, Spain.

(2002). The Interaction of Syllabification and Voicing Perception in American English. ZAS Papers in Linguistics, 28, 27- 38, Berlin, Germany.

(2001a). The role of syllable weight and position on prominence in Korean. In The 9th Japanese/Korean Linguistics, 139-150. CSLI Publications, Stanford, CA.

(2001b). The production and perception of word-level prosody in Korean. In Indiana University Linguistics Club Working Papers Online, Vol. 1 (3). (http://www.indiana.edu/~iulcwp/).