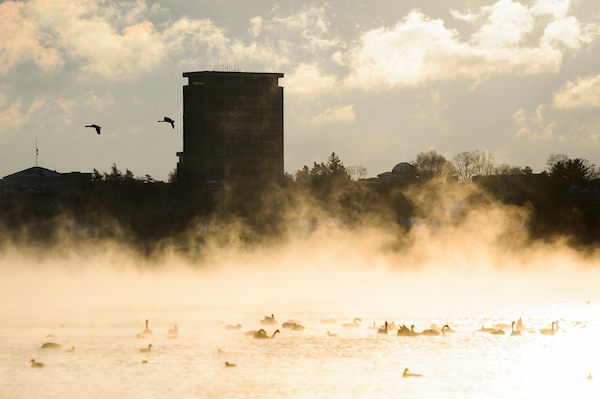 ALC chair, Professor Junko Mori, says of Terry, “She is a truly remarkable staff member, who has sacrificed herself so much for the good of everyone in the department. She has assisted a large number of faculty, staff, and students over the five decades of her career.”

Terry witnessed the building of Van Hise Hall in the late 60’s that soon became her work-home for more than forty-years. In these days, it is unusual to celebrate the retirement of someone who has served UW-Madison in a staff position for as long as Teresa Nealon has — her departmental and campus historical memory — is something to be celebrated!

Professor Mori has known Terry since 1990 when she first came to Madison as a graduate student, and “I have never seen her complain or turn down a request. Quietly and patiently, she keeps working at the large amount of complex work, while taking on various chores members casually ask her not knowing how much work she is already shouldering.”

The department hosted a Luncheon in Terry’s Honor on Monday, June 5th at Noon in 1820 Van Hise Hall.